A couple of weeks ago I was at SML HQ for a meeting which delightfully coincided with a visit from the plant maintenance man. As well as the usual watering and picking off dead leaves, he was ruthlessly pruning a tower of devils ivy. 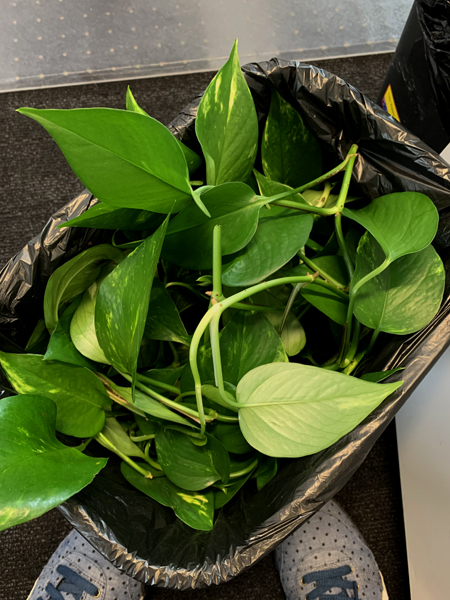 I grabbed most of the cuttings from the bin, transported them home and set them up in various locations around ThePalace(OfLove) – so far doing very well. Devils Ivy plants sell for ridiculous amounts here, so – $bargain$. 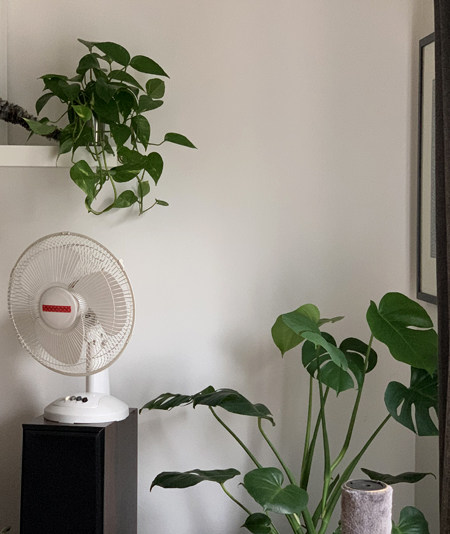 I feel like I’ve finally landed on the cause of various indoor plants eventual failure to thrive – or more correctly an initial burst of thriving and then unexpected death. Despite all recommendations to the contrary I was not letting plants dry out between watering, rather I was making a point to let them sit in water at all times. I mean they seemed to do so well with this for the first several months, so I cheerfully ignored contrary advice.

I’m trying the correct approach with that monstera in the last photo and it seems to be working a treat.

In other gardening news, I love the early autumn garden with everything becoming overgrown and wild. 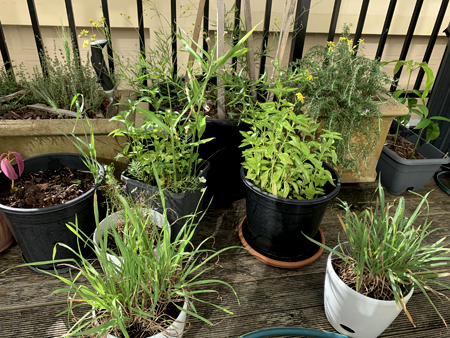 Will likely embark on a frenzy of repotting in a couple of weeks. Those mango seedlings really would benefit from being clustered into a wee forest.