Late yesterday afternoon the government advised everyone to reconsider their need for overseas travel. 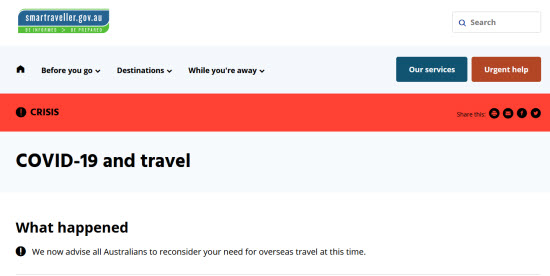 We’re now at > 60% likelihood of cancelling our trip to see Joan in early April. Fortunately everyone appears to be increasingly generous with their cancellation policies, so we will likely minimise the losses (though we will still be quite a bit out of pocket). We’ll monitor and make our assessment closer to the time, but I can’t see the situation changing in the short term. 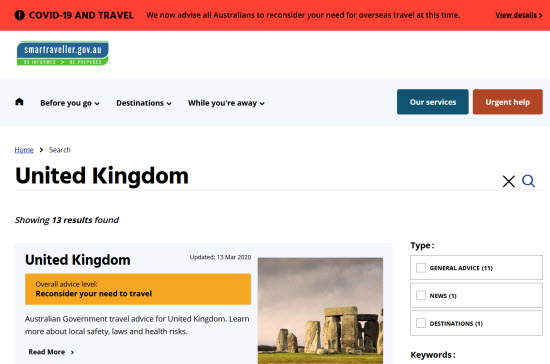 Gatherings of more than 500 people are banned from Monday. Though apparently it is perfectly fine to travel to and from work in a sealed, germ-laden metal tube tightly packed with thousands of others. Lots of sports and other events now cancelled or being played without spectators.

Joe/Frank is a casual employee in sports ground catering so will have no work for the foreseeable future. He also does occasional promotions work at events, so there will be none of that either. Very (very!) fortunately he is the recipient of a disability support pension, so has some income. Uni classes are still happening, though there is speculation that most will close in the next weeks and classes will go online.

Bessie’s employer is closing their office and sending everyone remote. She works tangential to sports, and has been partially redeployed to another part of the business, so hopefully her job will remain secure. Hansel’s (Bessie’s boyfriend) employer has had two remote rehearsals already. He works for a very large firm, so entirely likely they will make the move to close down offices soon.

Joan is currently in Thailand and flying back to London this afternoon. Unsure at this point if she will be required to self-isolate on her return. Of course being a Mummy I worry about her being marooned solo in a land far away. Joan’s boyfriend Ovi is holidaying with her and flies back to Basel this afternoon, they’ve all been told to work remotely at his company. Switzerland is probably the most locked down of all of us at this point.

Don’s office is preparing everyone to be remote at short notice. Lots of edicts about ensuring connectivity and such. He will be bereft with no sports on television.

We’re trialling the entire Project Sulfur team (both SML and UselessCorp) working remotely mid-week. I’m highly entertained by the idea of 40+ people on a skype call for the daily stand-up. Skype is bad enough with two people on a call. But we’re otherwise decently positioned. I’m contemplating a second monitor for home. Biscuits have been removed from the office kitchen and mints from the meeting rooms. I think we’re all expecting to be entirely remote in the not too distant future.

I’m in the early stages of a cold, which I’m pretty sure is just a cold. Several of my colleagues have the same symptoms. But who knows? Unless you’ve been in close contact with someone arriving back from overseas you cannot access a covid-19 test.

Loads of stories about much panic buying of toilet paper, pasta, rice, hand sanitiser, flour and tinned beans from the major supermarkets. There are lots of empty shelves. Thankfully most of these items can still still be had from smaller, independent stores. I’m somewhat perplexed by the amassing of flour.

I did the weekly grocery shopping last night because I suspected it would be utter madness today. We generally have a fairly decent stockpile of essentials anyway, so if we have to lock-down, we’re decently positioned. We went out to buy our preferred brand of ground coffee this morning as our usual supermarket has decided to de-list it. We also grabbed a couple of rolls of toilet paper for distribution to Bessie and/or colleagues in need.

We are of course, glued to live updates.

How is it in your land?