In really excellent news, the rain extinguished several enormous bushfires which had been burning for many months. It also topped up the main dam supplying Sydney where the levels had been dangerously low.

In not so great news, there was a good amount of flooding and damage to property. But I think most people, even those with leaks or without electricity for days, were just happy to see the rain.

We definitely did not escape unscathed!

The strong wind meant the rain was almost horizontal and on Sunday morning we discovered water pouring into the sealed part of Joe/Frank’s double-glazed window and running down the wall to the floor below. I wish I was exaggerating when I say litres of rain was pouring in. It was A LOT of rain. 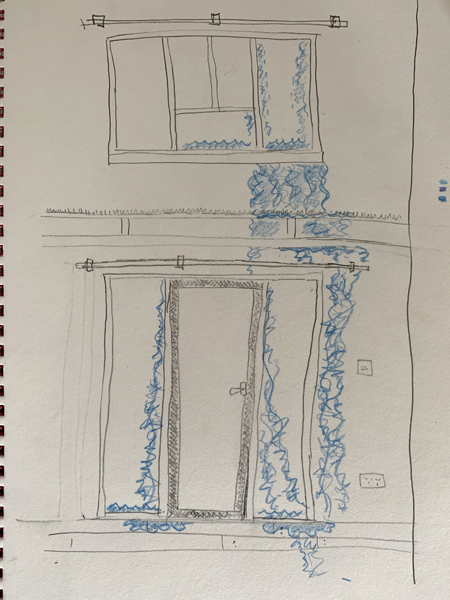 We were forced cut a hole in the sealed metal window frame in an attempt at damage control because we were worried about the integrity of the ceiling below. Who can forget that time our neighbour’s ceiling collapsed in similar circumstances? 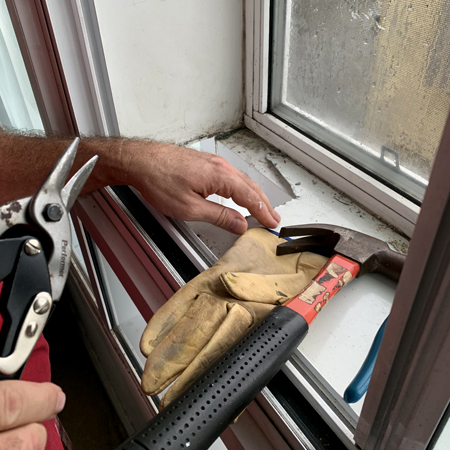 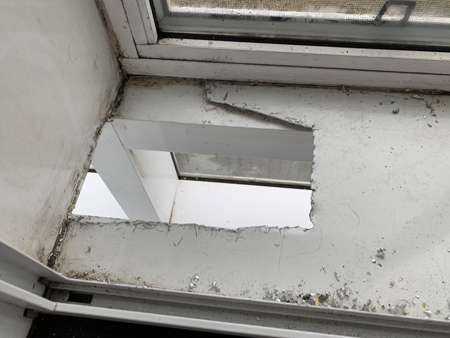 I’ve said it before, but thank TheUniverse for old towels! And also thank TheUniverse that we did not lose power as so many other people did, because the clothes dryer got a workout with all those soaking towels. 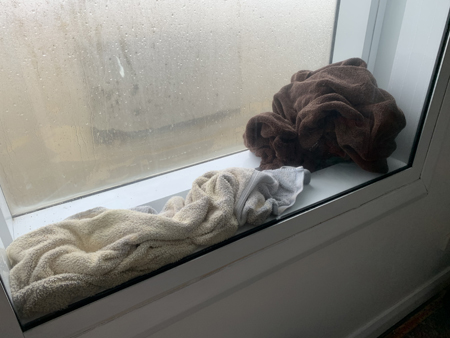 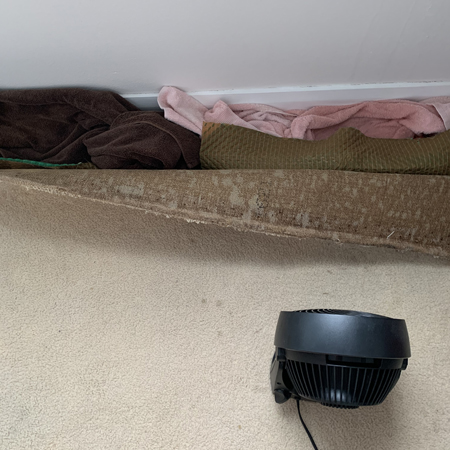 Because the window design is completely stupid, there was not a huge amount of space to maneuver even after cutting the hole, so we were forced to shove our arms in the hole to the shoulder and attempt manipulate the towels with a golf club. I wish I was joking. A week later and I still have quite a dazzling array of bruises on my upper arm as evidence. 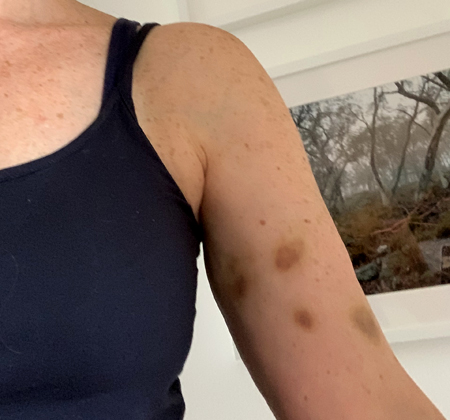 In addition to the endless replacing of towels and buckets, there was a whole lot of running about moving furniture and unplugging electrics. And let us not forget the cleaning up of thousands and thousands of little silicon beads that were laying at the bottom of the double glazing (see also, completely stupid window design).

It was quite an intense day and evening.

Other damage includes Bessie’s wardrobe floor, part of which collapsed because it was so soaked with rain coming in through a wall with a drainpipe behind; and the cornice in the garage, which was likewise soaked and fell off.

Insurance assessors come this week, hopefully they will kick us a few $ for repairs.

5 thoughts on “fortunately not forty”