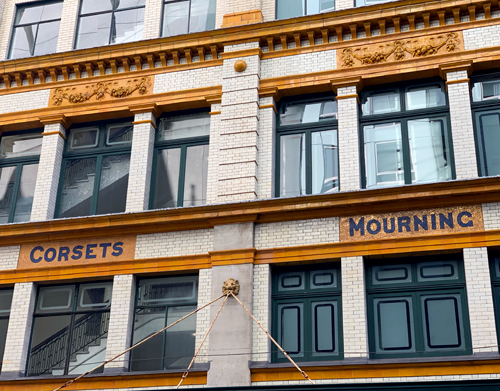 Thankfully I was not required to spend longer than a few hours at jury selection before being discharged. I’m now free from being called again for 12 months.

Those hours were slightly interesting but also mostly tedious. I arrived and went through the airport-like security and down into the bowels of the emporium of justice.

Once there I had to wait my turn to get my jury number. There was no longer a 24 week trial, could I do 4 weeks? I said I couldn’t and explained that my employer would only make up my salary for 10 days and so I’d be disadvantaged financially.

The woman who was processing me was inclined to argue about this, and of course I got a little teary because that’s what I do in most stressful situations. Quickly establishing that I’m an emotionally fragile nut job, she put me in the pool for a two week trial.

I then sat in a large room with my hundred or so fellow potential jurors. There were banks of chairs, couches, workspaces and many large televisions playing one of those morning breakfast programs full of informercials, lots of blonde white women and inane banter. There was free instant coffee, tea and water and a few vending machines. Some people seemed enthusiastic and excited to be there, others stoic. I cried a few quiet, residual stress-tears.

I tried to use the time productively do a bit of work, but despite best efforts my laptop wouldn’t tether to my phone, so I wrote enormous action items lists in my notebook which I’ll likely ignore. I answered emails on my phone and chatted on slack.

We then watched a 20 minute video about the process. Low budget production values, but very big on Democracy and Responsibility.

Then a break! Yay! Escape! I ran my laptop over to the nearby SML office so I didn’t have to keep lugging it about.

Being warned to prepare to wait, I brought an improving book and a giant wooly wrap Bessie had cast-off. The vast dismal space was freezing, so I wrapped myself in the wrap, listened to some soothing tunes and read about class markers.

At around 12:30 we were advised no further juries were being empaneled today and we were free to go.

So I went to the Project Sulfur office and was relieved to get back into manageressy things.