I’ve vowed many (many!) times that I’ll never knit another jumper. To be fair, it’s not like I’ve made a ton, or have even attempted a ton. But I invariably lose enthusiasm and abandon these endeavours and feel guilty and full of Failure.

But madness overcame me when I was knitting the cowl^^. I was enjoying the process of sitting about knitting each evening and I found myself searching for jumper patterns.

Eventually I landed on this lion brand fringed cable sweater, which appealed to me quite a bit. I’m all about the simple blocky shapes right now. OF COURSE I will be making this without the fringe or the coloured blocks – neither of which are my jam AT ALL. Honestly I can’t even imagine what inspired those design elements. 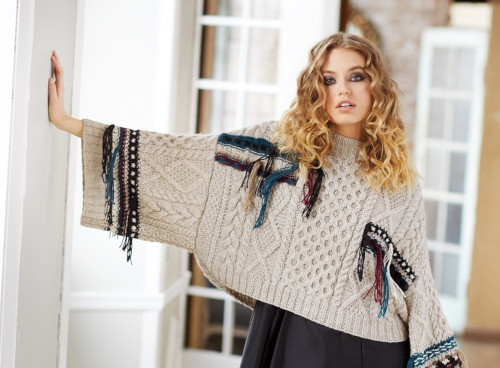 Naturally we cannot obtain the requisite yarn in the antipodes without incurring great expense, so I cast about for an alternative and after a good deal of dithering settled on rowan hemp tweed in plum.

I bought a ball and after waiting to complete aforesaid cowl (a rare exercise in restraint), knitted my gauge square. I then laundered it because never let it be said that I don’t learn lessons about hand knitted garments growing ridiculously after washing. Well, eventually I learn those lessons. 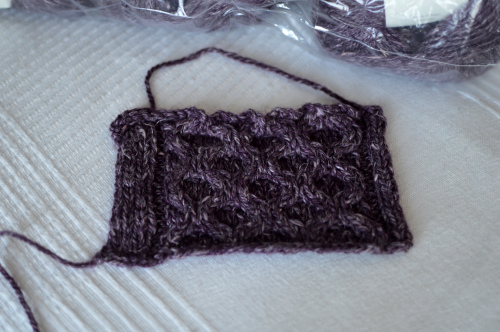 All was good, so last week at lunchtime I strolled down to morris and sons to grab the vast number of balls to make the thing. Alas, in the space of two weeks, the several billion balls on the shelf when I purchased the test ball had reduced to two balls. Rats!

Undeterred, I ignored this sign from TheUniverse and had them request some from another store. After a follow-up visit (admin clearly not being in yarn stores’ wheelhouse). I eventually suggested I just swing by the Newtown Store and collect it myself on Friday evening – which gave me a fabulous excuse to leave SML on time. I’d not visited that store before, but it is completely adorable and appears to have superior stock.

I am now in possession of a giant pile of yarn and am planning my attack on it. 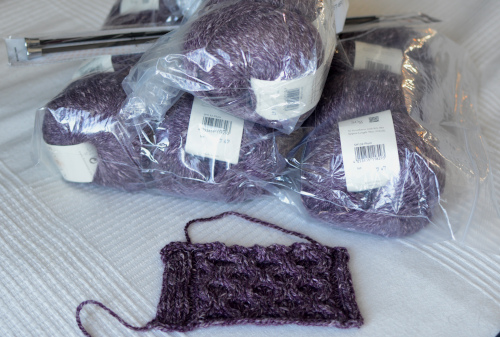 I am giving myself twelve months to complete this or it really will be the last time.

Will of course report back.

^^ Cowl notes for Future Me:

Very warm and snuggly and not at all useful for the recent spell of hot autumnal weather. 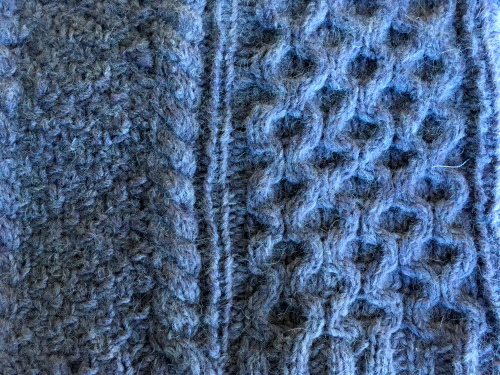 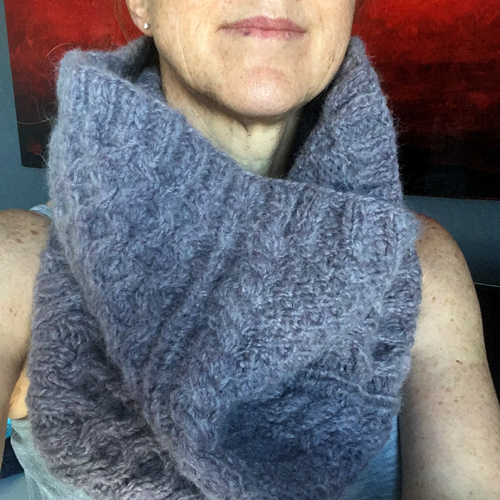 could have done with this in japan in january

2 thoughts on “once more unto the proverbial”