A minor hiccough in those good intentions to show up every day!

Over the weekend there was much pottering, cleaning, cooking and nesting.

It was … really nice. Peaceful and calming.

I also pulled out the DSLR from a drawer and took photos of the kitties: 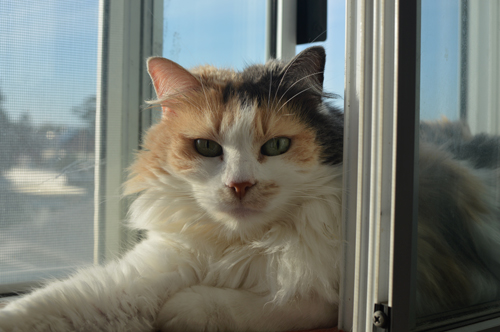 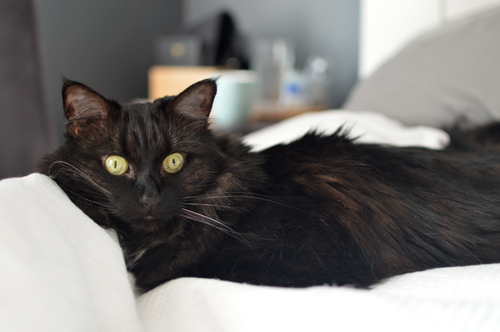 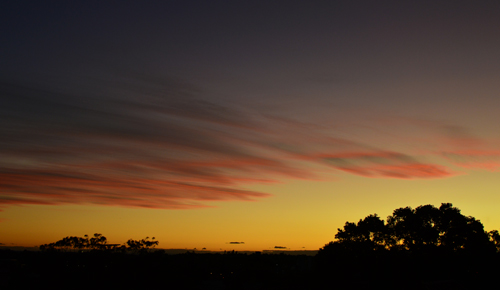 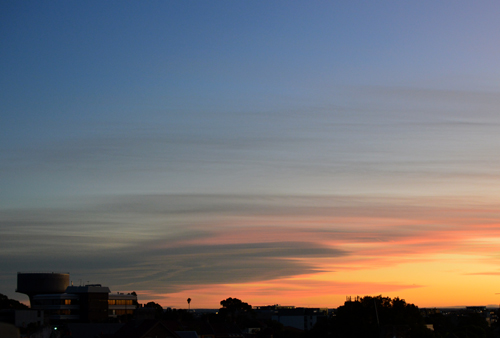 I was contemplating sticking the DSLR on eBay, but I’m now inclined to use it. It is easy to forget how nice the photos can be.

We bravely ventured out for grocery shopping yesterday. The stores open at 7am and we thought to get there early and avoid crowds. We arrived just after 8am. This was clearly not an entirely original idea as it was quite a lot more crowded than it would otherwise be. Possibly the opposite of peaceful and calming, though I expect it would have been much worse later in the day.

We usually shop weekly, but it had been about a week and a half since our last shop. In the interim some stores have introduced more distancing measures, some thoughtfully provided hand sanitiser, wipes for the trolleys, clear shields for the staff at the cash registers and marks in the queues to indicate where to stand – others not at lot at all.

We wore the masks which I’d had kicking around since the bushfires. We saw lots more people with masks and some taking it to the next level with surgical gloves.

We always prepare a weekly meal plan, but will occasionally go off piste. Before C-19 I’d drop into the supermarket a few times a week to pick up additional “stuff”. Yesterday we bought enough food to theoretically last us a month or longer, hopefully eliminating the need to go out for anything other than milk.

It feels increasingly wrong to be out and about – per the guidelines I’m sticking only to groceries and the morning walk. Don will play the weekly socially-distanced golf game for as long as this is permitted. All golf was banned last week, but the ban was quickly lifted and replaced by stringent social distancing rules a few days later (in some areas) to much rejoicing.

I hope things are chilled and peaceful where you are.

2 thoughts on “settling in”