literally phoning it in

I think I spoke rather too soon about my laptop no longer killing ThePalace(OfLove) wifi and internet.

As soon as I switched it on this evening everything froze, rather ruining a bunch of streaming that was going on. Rats! Perhaps that new computer is in my future after all.

I was intending to post about my delightful Wednesday, but it is probably best told with photographs and it is a beast to insert them here. Invariably they display much too large despite my resizing.

I’ll give half of it a bash.

I worked from home yesterday, but ducked out for lunch at the beach with a mum I met a couple of years ago at a series of workshops Don and I attended with Joe/Frank for young adults on the spectrum. She and I left the last session agreeing to catch up for coffee and then a couple of weeks ago I realised two years had passed. Oops.

So as part of my get-out-and-do-more and extend-socialising-beyond-SML, I reached out.

Gosh! It was really, really great to have a conversation that did not involve SML in any way. And it was absolutely refreshing to chat with someone who is like-minded and also has similar(ish) parenting experiences – it’s a relatively rare combination.

The setting was pretty spectacular too. 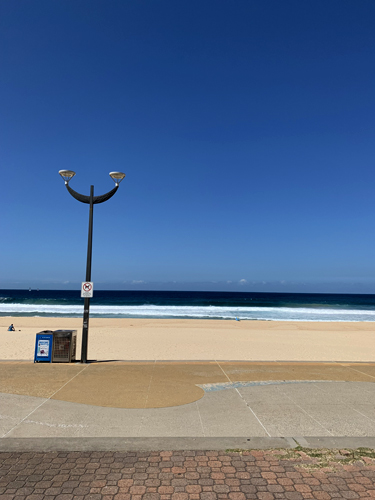 We have plans to repeat.

It’s fascinating to me how you can reduce your universe to about 10 people without even noticing!

Need to take action on that.

This entry was posted in Uncategorized. Bookmark the permalink.