Finally (finally!) after 20 months, I’ve completed the endless embroidery! I wrapped up the stitching last weekend, framed it today and I’m pretty happy with the result.

Well, kinda sorta completed it. Obviously being an endless embroidery, it will technically never be finished. My plan is to remove it from the frame on each anniversary and complete that year. So I don’t have to dig it out in September, I’ve cheated a bit and gone ahead to the end of Year 13. That’s 4,749 days or 4,749 tiny hearts!

The background to this project is in this ancient post. Executive summary: a tiny heart for each day since our first date, kind of inspired by the utterly brilliant work of Rieko Koga and Christine Mauersberger.

Yes, it’s very, very sappy. But hey, I totally own my sappiness – though my past self would be kind of appalled at this.

Getting to this point took quite a bit of patience and attention; sewing hearts in careful groups of ten stitches so I could keep count; getting through many audiobooks; stitching at the beach, at my desk, on the bed, the couch; recovering the red hearts when half of them fell out; realising I’d added an extra day to three of the later years; only stitching in daylight because my eyes are old; only stitching wearing glasses because my eyes are old; protecting from interested kitties!

On with the pix-or-it-didn’t-happen (though I don’t think the photos really quite do it justice).

The linen is quite light and delicate and I’ve left it crumpled. It reminds me a bit of an elderly map – which I guess you could say it kind of is if you’re of that way of thinking. 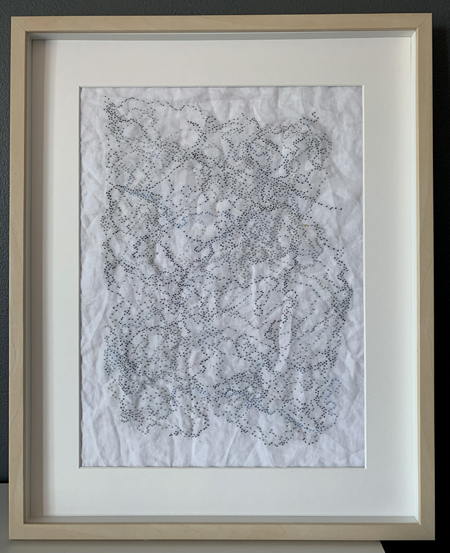 frame – without glass only for the photo 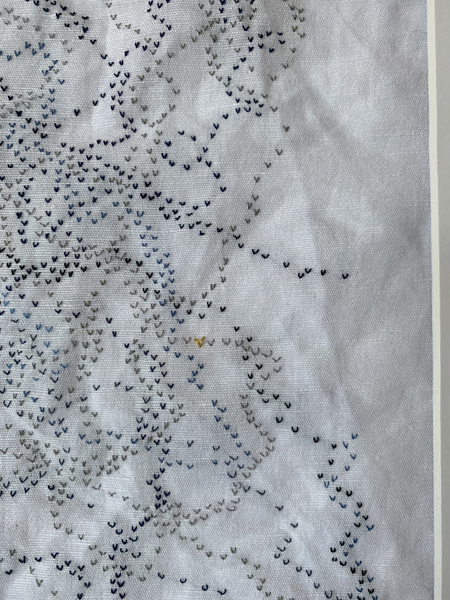 gold heart to mark the wedding! 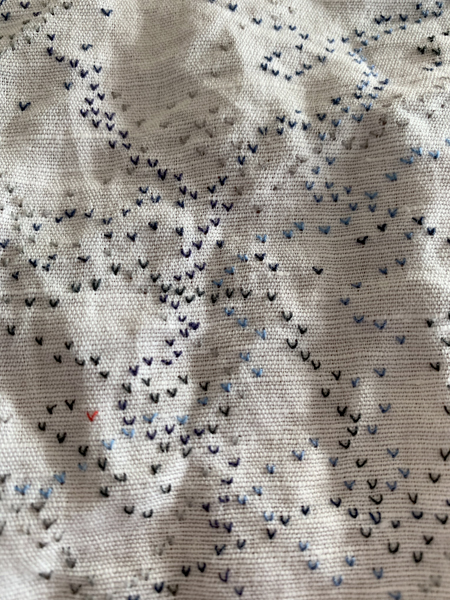 When I learned to embroider as a wee girl it was considered vitally important that the back was as neat as the front – so for this project I took the opposite approach. 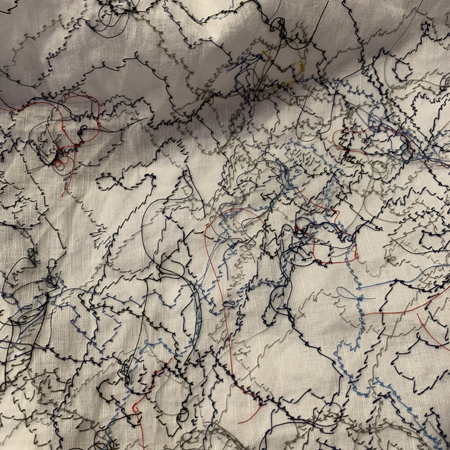 I didn’t fix my starting or ending stitches either and left the threads loose which is also against the embroidery law. This subversive approach is what led to those single red hearts dropping out – quite the nightmare to repair!

Despite the tiny dramas, I enjoyed this so much that I’m planning my next embroidery project. This one will be based around trains from our three trips to Japan. This project is likely to be endless too, because we’ll definitely be returning. Fortunately I’ve recorded all that train data because, well that’s what I do.