I celebrated the first day of July by walking to the Botanic Gardens at lunch – it’s less than ten minutes from the Project Sulfur office. 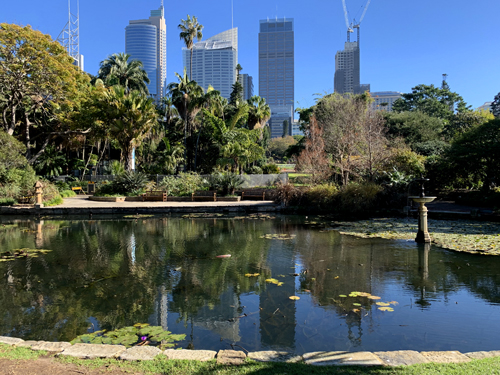 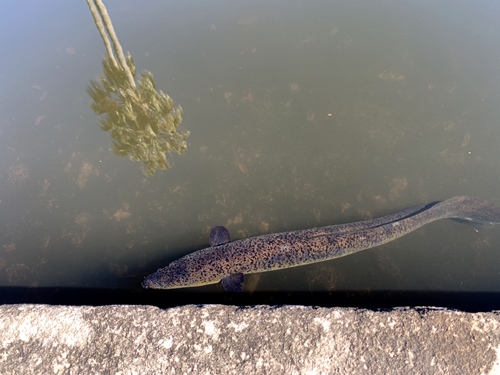 Why have I not done this before?

And to wrap up June!

+ Complete Japanese CD 8
YES!! In enjoyed this very much – who would have ever thought I could keep at it?

While I’m less than stellar with tenses and markers, I’ve come a pretty long way. I’m delighted that I can say a few basic sentences! Though to give it some perspective – if I overhear a conversation in Japanese I estimate I recognise maybe one word in a hundred.

I’m now onto the first CD of Intermediate/Advanced which will probably take me to the end of the year. Then I’ll work out what the next steps are.

At a stitch per day since our first date it’s a very interesting visual reminder that we’ve had a LOT of days together.

+ Knitting – 10 rows per week
NO! I’ve never encountered such an un-intuitive pattern, it’s been hard going!

Where the patterns are listed separately – not in order of appearance, or in alphabetical order. I estimate it took me almost 45 minutes to knit that first row.

I’ve now done some messing about with the pattern so it makes slightly more sense, intention is for an average of 1 row per day in July.

+ Start recording personal spending (for a year)
KIND OF! I mean, I started on 27 June and I only have one lot of purchases recorded, but I suspect the secret might be recording every day, even when I don’t buy anything. And having the book open on my desk as a reminder.

+ No non-fruit dessert during the week
ABSOLUTELY NOT! This was a disaster. It’s almost as though I was compelled to do the opposite.

+ Start the list of books I’ve read this year | stretch goal = last year
STARTED 2019! I have a scribbled list constructed from kindle purchases, audible purchases, borrowings from two libraries – will construct a post in July. 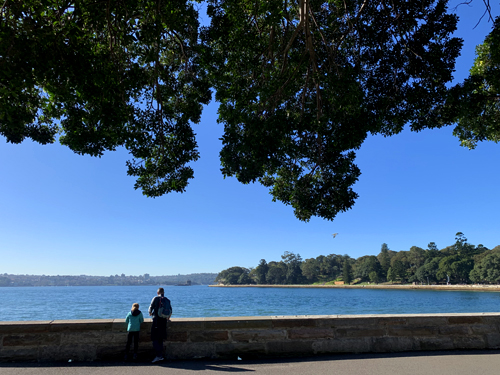 i live in a very pretty city!