Because Joe/Frank was out and about extremely early and very kindly took care of feeding the kitties (thanks Joe/Frank!), we slept until 7:30 this morning.

This was delightful and amazing!

It was a beautiful morning and because I really want to stop spending so much of my time indoors, I suggested an early low-key stroll down the greenway to Iron Cove. 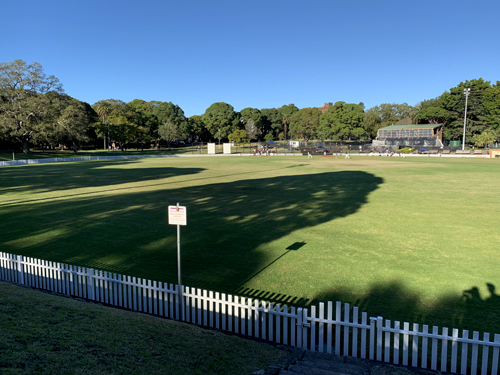 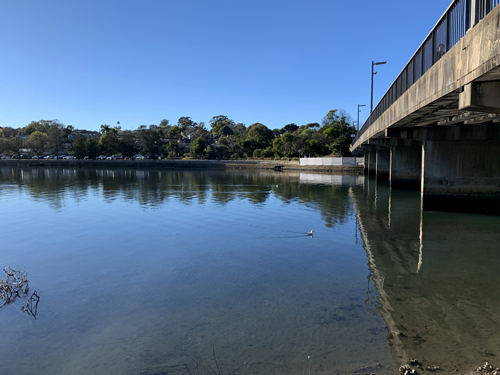 It was very lovely.

I definitely needed a reminder that getting out doesn’t have to mean a run or a ride or anything remotely challenging – a nice walk is perfectly acceptable.

Just getting out the door is the thing!

I was intending to get all hard core with my July goals – the highlights were complete bans on snacking and spending.

I was all ready to go, but in a late flash of sanity was all “yeah, nah – this is really mental”. At the rate I’m going I’ll be rocking a totally ascetic lifestyle by the end of the year – confined to a bare cold room and wearing a shapeless, poorly-woven, scratchy linen shift. What is it with me and all this deprivation?**

Let’s go a little more gently in July, shall we?

+ get out in nature minimum 3x per week
Don’s out for hours in nature at least one day per week (golf), I rarely leave the house save for SML and groceries. I suspect it would be infinitely better for my mental health if this were not so.

+ endless embroidery: complete year 13 | frame it!
Technically, year 13 is not complete until 21 September. The current plan is the once complete, I’ll remove it from the frame on the anniversary and add the prior year. Working out how to frame it while retaining it’s crumpled embroideriness will be another challenge!

+ knit one row of jumper per day
The pattern is written in a quite diabolical manner – as such will be extremely slow going.

+ sit for 2-5 minutes each day and write Japanese notes
In romaji, I’m not ready for the real stuff! Writing goes entirely against the Michel Thomas method – but does make it a little more sticky.

+ one night per week without internet
Okay, this might be a little extreme.

** To be fair, Don has been asking this for months, if not years. I have NFI (no idea), but probably worth exploring huh?