Today Don and I took in another Pilates class – which was a little more challenging than our first. Same class, same teacher, but the combination of exercises was killer.

Did a bunch of tidying and laundry, packed the fans away and grabbed the heaters out. Don scrubbed the bathroom to within an inch of its life.

I cooked a rather nice slow cooked  Mexican beef from an ABC delicious book the name of which currently escapes me and which I am not going downstairs right now to identify (will fill in the blanks later). &lt;edited to add&gt; it is ABC delicious: love to eat (great book!)

I workly worked for a good few hours to try to catch up on admin tasks (currently is quite mad, though when is it not?).

And I are way too much ikea chocolate. 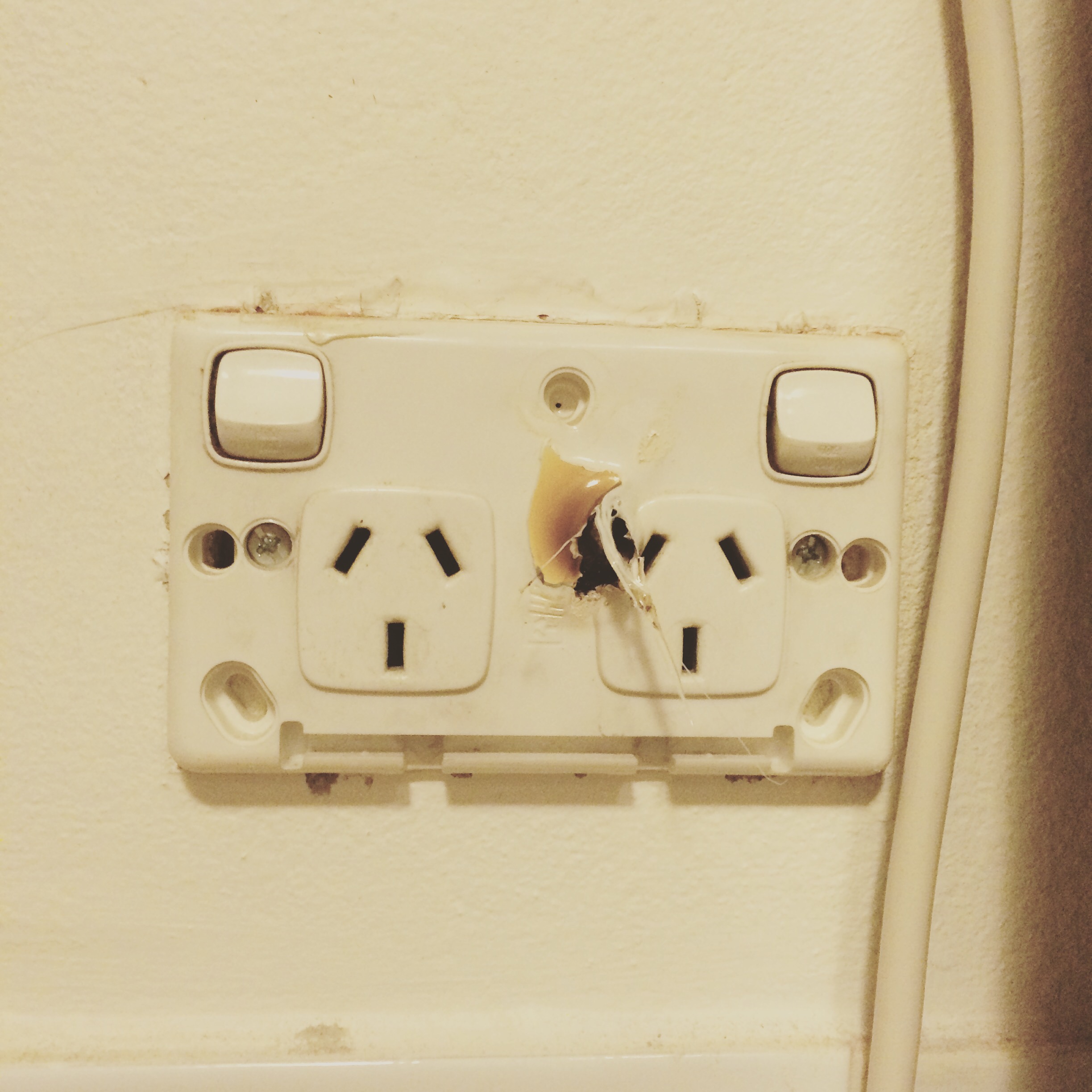 Why yes, that is a melted power outlet. Fortunately the circuit breaker did its job!

It looks like the clothes dryer was the culprit, most probably because it was plugged into a power board and not directly into the outlet.

Will organise our lovely electrician to come and diagnose.

In other news, I survived the weekend without an Action Items list, but I can’t say I’m a fan.