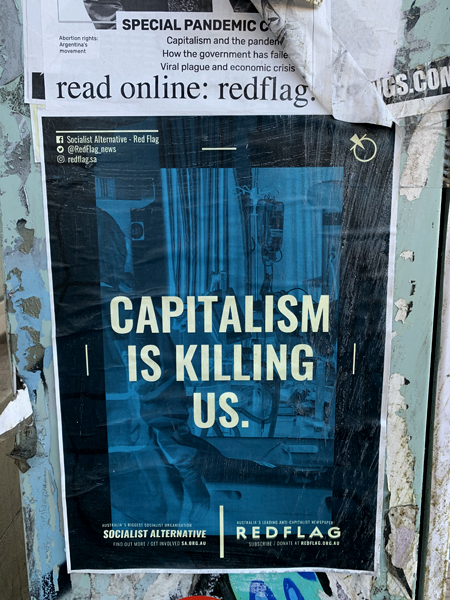 We’ve just ticked over into 4 months of remote working. I feel like my body is moulding into the the shape of my chair, but otherwise I’m loving it.

Don is back in the office two days a week, which has been very weird to adjust to. No signs of us heading back in – the option is available on a quite restricted basis, but only 3 people in 100 have taken it up.

I’ve been driving a bunch of engagement stuff across SML on slack since we went remote, which has been pretty well received across SML – and recognised at Board level (*shocked face emoji*). People are connecting in ways they never did when we were office-bound, which is lovely. But holy!goodness! it’s really quite exhausting and takes a ton of mental energy and eats up non-work time. This is likely why I’ve been absent here. Need to work out some balance.

In other SML news, this week Vincenzo received a very well deserved promotion, which he’ll take up at the end of Project Sulfur. We’ve been working together for eight years since he was a fresh baby employee in his first office job. It’s been incredibly satisfying being involved in his development and I’m wildly excited for him. It will be fun to be peers.

We’ll have our first team baby at the end of the year! Mildly terrifying because the employee in question is Joe/Frank’s age. I adore her and she is completely wonderful and way too much like I was at the same age (clever, capable, outspoken, bossy). And in an astoundingly progressive move from SML, we offered her a permanent role knowing she was pregnant. I’m determined that we will make her working mother experience the best we can.

I wanted to make something to celebrate it, so I ordered in supplies for a Harry Potter counted cross stitch sampler. I haven’t done counted cross stitch for maybe 25 years! While I’m never going to make anything cross-stitchy for myself, baby stuff is super-cute. I’ve gridded up the fabric and am waiting for thread conditioner to arrive before getting started. I recently used beeswax to coat my thread for stitching some felt coasters and now understand why everyone raves about it – tangles and pull-knots begone!

Though I’ve started a dozens of sample chapters, I’ve only read two books in the last 4 months:

+ Jeff Noon: Falling Out of Cars . Very slow bedtime read at the beginning of iso – such a wild ride and utterly an appropriate book for that crazy time (discovered via the all my stars newsletter)
+ Leigh Stein: Self Care – described as a satirical novel about the wellness industry, which pretty much covers it.

This is really unlike pre-covid-19 me who forever had a book in her hand or ears.

Don has taken a wee trip up the coast to play golf for a week, holidays being out for me right now because I need to be around for Project Sulfur which rolls out early October. I will definitely be in need of a break after that!

We’re trying to embrace the idea of doing what we can, when we can – because who knows what tomorrow will bring?